The 15th Annual Malmsbury Bike Show was held on a cool spring September morning for young people living in the residential units at Malmsbury Youth Justice Centre.  Our chaplains, Andrew Blankley and Peter Whitefield, collaborated with God’s Squad CMC members who brought 15 of their most fine motorbikes to exhibit at the Centre. 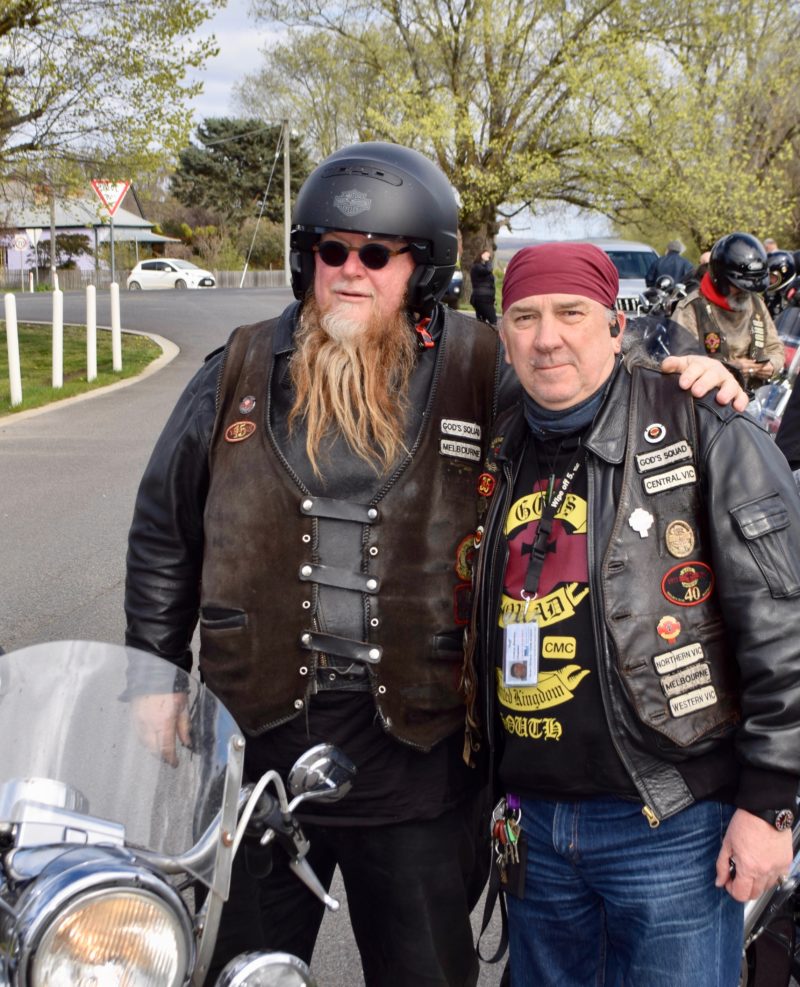 Around 24 young people joined the event spending hours mingling and chatting with staff and God’s Squad members about the bikes and their history, watching in admiration and perhaps dreaming of the adrenaline additions to Harley Davidson’s and Triumph’s that were there. As the sun was out, it was a perfect opportunity for young people and Squad members in particular, to sit on the grass and share pieces of each other’s personal stories and get to know one another on another level.

With the support from Malmsbury staff, we cooked up a sizzling BBQ of hamburgers, sausages, steak and chicken with accompanying salads from their kitchen. Towards the end of the show, each young person voted for their favourite motorbike and five motorbike owners were presented with a medal for “People’s Choice Award.” One young man spoke up in front of the crowd and thanked everyone for visiting and how much it was appreciated by all that we spent time with them, listened, and were present with them for the morning.

Some key quotes from young people on the day were:

As the bike show came to a close, the 24 guests in attendance all received a Malmsbury Bike Show sticker and T-shirt pictured with an old classic 1968 Triumph Bonnedille design – famous for its speed and power.

Huge thanks to collaborative efforts from God’s Squad CMC and Malmsbury Staff to help support this Bike Show for another year. We had a record number of young people in attendance!