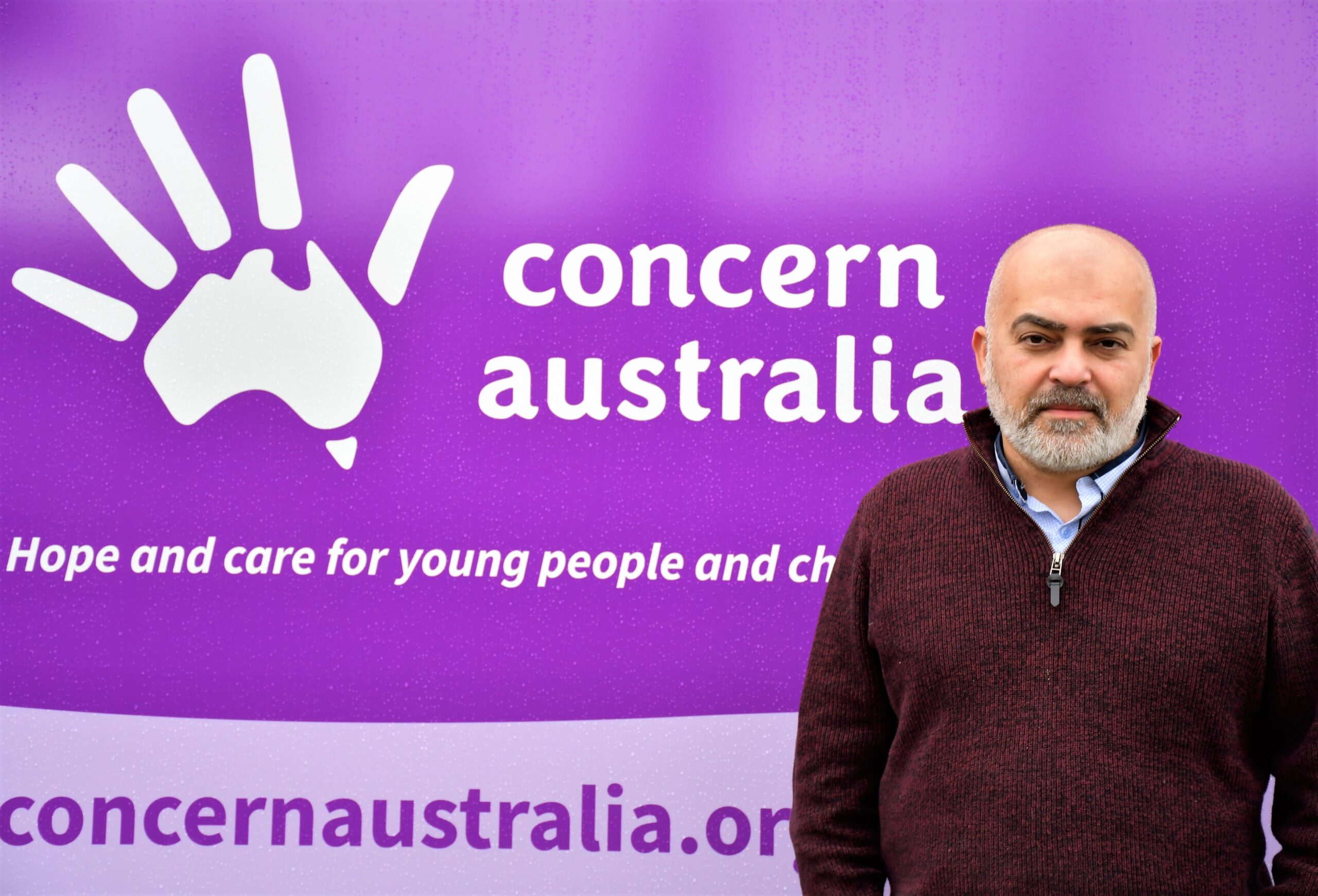 Issam Alameh has joined our Living, Learning & Earning team as our Financial Inclusion Support Worker. He’s one of the seven new staff members who have come on board through the Victorian Government’s Working for Victoria initiative.

Issam has a wide range of career and life experience, from work in the telecommunications industry to a diversity of roles working with vulnerable groups from all aspects of life. He is passionate about achieving fair outcomes for the people he supports and brings plenty of personal experience that drives his passion to support people who are experiencing financial and life challenges.

Lockdowns during the pandemic made job hunting challenging for Issam, especially as he was also the primary parental support for his three children while they did their schooling from home.

But for Issam, these challenges were given perspective by memories of growing up in Lebanon during the civil war, which began not long after he was born in the 1970s.

“We lived in an area where it was kind of stable – there were no fighters within our area,” Issam said. “We didn’t get involved, but it affected everything. We were victims rather than participants.”

The war was complex, involving multiple religious and political conflicts, and it affected all of life, including access to resources. There were many days when Issam couldn’t go to school, and later university. 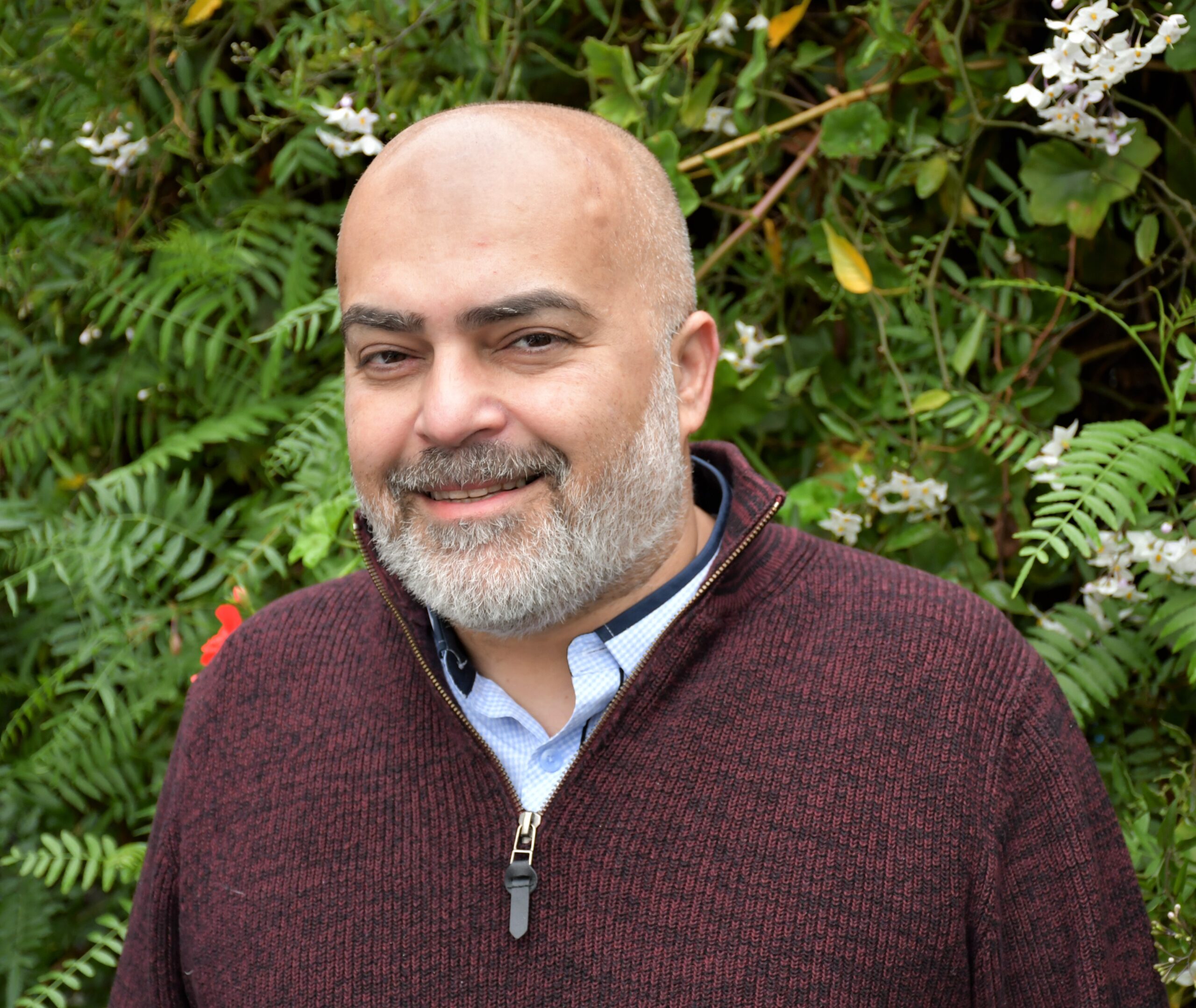 Growing up in a war zone had a lifelong impact.

“The civil war changed a lot in me. I’ve seen people killed in front of me,” Issam said.

“When I was 13 or 14, my mother and I were going to buy bread. Everything was rationed. We were only allowed to buy 1kg of bread per person.

“I was just behind the guy who shot the woman, and I had a flashlight in my hand. I felt partially responsible – could I have saved her if I acted?”

This and other experiences have impacted Issam’s whole life and motivated his passion to make a difference for people.

A follower of Islam, Issam has an openness to people of all faiths and worldviews, and highlights a saying of Ali, who was a cousin of the Prophet Muhammad: “People are of two types – either brothers in faith, or equals in humanity”.

It was at university that Issam was able to see beyond the conflict engulfing his country and revel in the diversity of people from different religious and cultural backgrounds that pointed to this better way.

“It was so diverse, and there was no tension,” Issam said.

He studied engineering at university, before travelling to Saudi Arabia to work for a few years. He then moved on to Qatar, where he lived and worked for two decades.

“I had so many successes there,” Issam said. “I started a country-wide project, and did other great things. But you reach a stage where you want stability in your life, you want a home country, a place where you are respected for who you are and appreciated for what you do and for your contributions.

“Australia accepted me for who I am, Australia is my home country now.”

Before joining Concern Australia, Issam worked a number of roles in which he supported vulnerable people, including those have experienced chronic financial hardship, who are at risk of homelessness, were affected by problem gambling, mental health issues and other types of systemic disadvantage. This included working as a financial counsellor helping people to get out of debt.

Issam was very excited when he heard he had been offered the role with us.

“This job very much suits me,” he said. “When I met the people doing the interview, I just felt like home.

“When I started the role, it changed everything for me. It was very smooth. Everyone is supportive, and my manager is amazing. Being a faith-based organisation, it makes me feel more comfortable, because people have something to live for, a purpose.

“In some ways it didn’t occur to me that this is a new job – it’s just a continuation of why I exist,” Issam said. “I always bring everything back to my core values: Respect. Justice. Equality.”

Issam will be helping young people, staff and volunteers to learn about their financial rights, and how to access the best supports to reduce the impact of financial exclusion and address economic disadvantage.

“It’s about how to avoid some of the traps of managing your finances, and education about what you need in order to support yourself,” Issam said.

Issam is very grateful for the Working for Victorian initiative.

“It gave me a job! That’s a great thing!” he said. “I think the support that we got from Government in Victoria is amazing. We wouldn’t be still standing if this did not happen.

“When I understood that it was Government supporting these jobs, I thought, ‘wow!’ ”

“I’m passionate to support people who are vulnerable,” Issam said. “I want everyone to know their rights. I’m concerned that we’re becoming a community that doesn’t give each other a hand, so I want to make a difference.”

We are grateful for the opportunity to partner with the Victorian Government on the Working for Victoria scheme, working together to create roles for people who have been impacted by the pandemic that enable them to make a difference for some of the most vulnerable young people in our community.

We will continue working with Working for Victoria through our two new Jobs Victoria Advocates who have just started with us. We’ll be introducing you to them soon!