Manmeet Sethi is the second of our new Multicultural Youth Engagement Officers, based at our south-east Melbourne site in Dandenong. She is one of seven new staff members who have joined our team through the Victorian Government’s Working for Victoria initiative.

Manmeet has postgraduate qualifications in Social Work and a passion for supporting disadvantaged and diverse community groups in crisis.

For Manmeet Sethi, the COVID-19 pandemic was a rollercoaster ride between the extremes of unemployment and home isolation, and frontline work with some of the most vulnerable people in our community. Her experiences now inspire her work to support young people find jobs through her new role with Concern Australia. 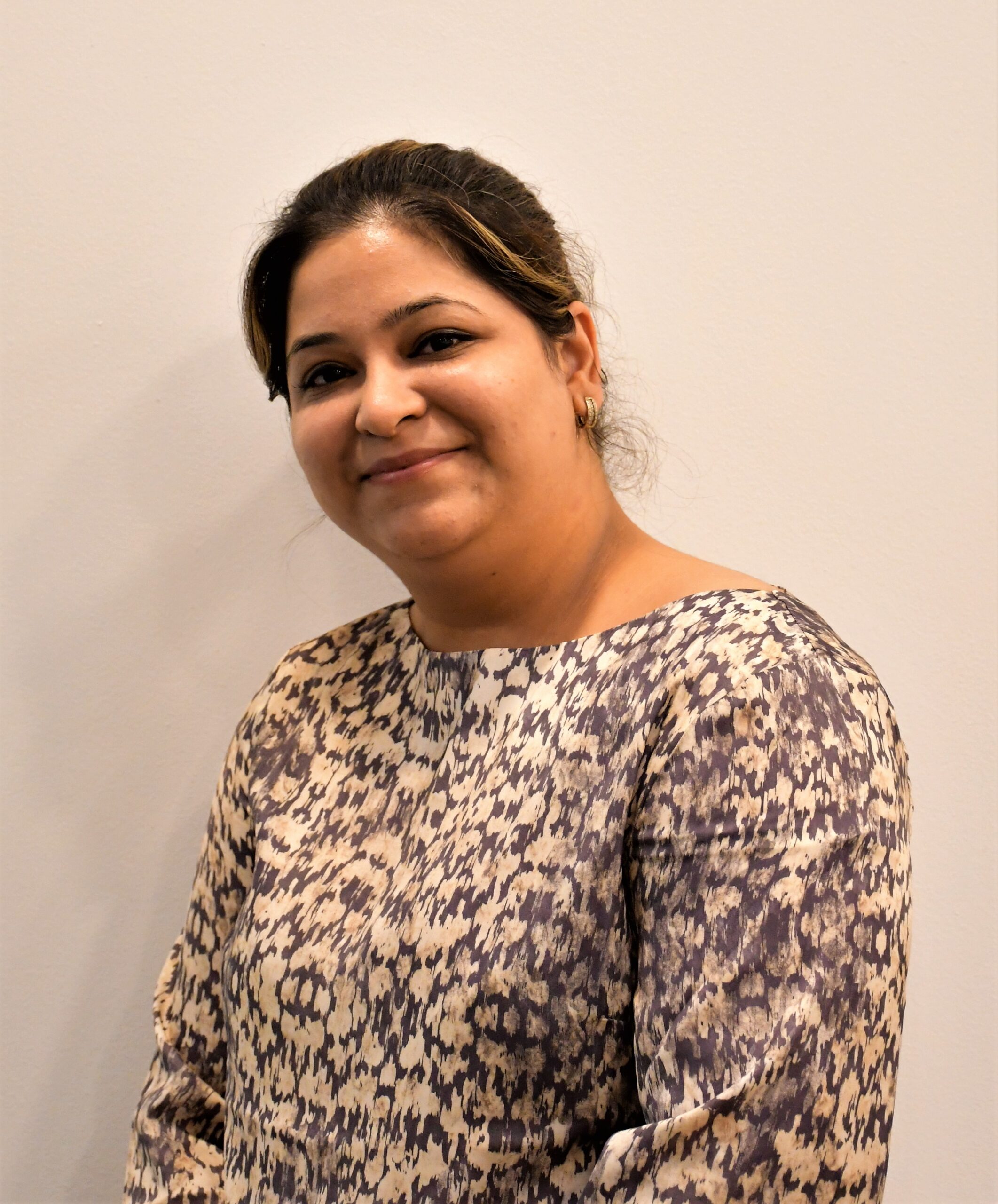 Manmeet lost her job as a Student Counsellor for international students in March last year when the pandemic began, and the next six months were an incredibly challenging time of being isolated at home with no income. As a temporary resident, Manmeet could not access any government supports, and her husband was working an insecure casual role.

“It was horrible,” Manmeet said. “There was a lot of insecurity, and it was a very uncertain time. Being isolated at home created real mental health challenges, and when the 5km travel limit began, it meant that we had to manage limited money with restricted access to shops. On top of that, the pandemic back in India was really bad, and there was a lot of stress about our families’ wellbeing.

“I felt for all migrants. I had friends who had nothing – no job and no government support. They were totally dependent on food relief. It was hard for us too, but at least we had my husband’s income.”

Looking for work during this time was exhausting, Manmeet said.

“It was very hard. There were simply no jobs available. You would not even get a rejection email. Employment services would say ‘sorry, we don’t have jobs at the moment’.”

Then the Victorian Government started the Working for Victoria initiative, and while competition for roles was strong, it created real opportunities.

“It’s such an amazing program,” said Manmeet. “It meant I was able to find work, get stability – and keep contributing to the country that I live in. I’m so grateful.”

Through Working for Victoria, Manmeet secured a role with Sacred Heart Mission as an Emergency Homelessness Response Worker. Suddenly, she was pulled out of her own home isolation and thrown into a frontline role supporting people who had been sleeping rough in St Kilda and were now housed in isolation hotels.

“My role included arranging COVID tests for these vulnerable people, and providing support for those who tested positive,” Manmeet said. “When things started calming down a bit, tourists from Sydney started staying in the same hotels. Then the Sydney outbreaks happened, and we had to support the vulnerable people who were in the hotel. They were really anxious about the risk of being exposed to people from Sydney.”

This role was a life-saver for Manmeet and her husband. But as Victoria got the pandemic back under control and people were able to start moving out of the hotels, it became clear that her contract would need to end early in January, and it was back to job hunting.

“I was stressed again, I just wasn’t sure what I was going to do when my Sacred Heart job finished up,” Manmeet said. “I was so happy when I found out I had got the Concern Australia job. It means that I don’t have to worry about money until at least July.

“I’m so grateful for Working for Victoria – I’ve now had nine months of work, and it’s been work that makes a difference.”

In her new role, Manmeet will focus on helping young people connected to our Hand Brake Turn program to secure work or connect them to opportunities for further education and personal development.

“The best part is that I get to support young people who don’t have jobs and help them to get employment,” Manmeet said. “As a migrant who knows how it feels to not have a job, I know what it means to help them. These young people are really willing, they just don’t have the opportunity. I’ve helped three young people to get jobs already, so that’s amazing.

“One young man came to Hand Brake Turn really struggling with his mental health and engagement with education. He was fascinated and inspired by the journey of one of our older Hand Brake Turn trainers. He finished the course, but he continues to come in every Thursday to help and work alongside the trainer. Now he’s doing a TAFE course, and will soon be taking up a part-time paid role with the Hand Brake Turn fiXit social enterprise. It’s so wonderful to be part of stories like this.”

Find out more about Hand Brake Turn and fiXit.