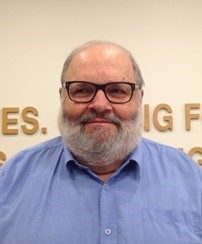 We are delighted to announce that David Eldridge AM has been appointed as Concern Australia’s new Board Chair.  David’s background, experience and passion for Concern Australia’s work with young people and children is evident, and he is well versed with our work having served in the Board in the late 1990s and more recently as a member of our Advisory Group since late 2016.

David is a retired Salvation Army officer who has worked for over 30 years in a variety of senior social policy and programme development roles in Australia and the United Kingdom. He has been an adviser to State and Commonwealth Governments on social policy issues, particularly in relation to young people and homelessness. He chaired the Commonwealth Advisory Committee on Homelessness for a number of years and headed two significant Prime Ministerial Task Forces which delivered ground breaking reports and recommendations.

In 2007 David was Chair of the National Youth Commission Inquiry into Youth Homelessness whose report impacted the Rudd Governments White Paper on Homelessness.  Upon concluding his service with The Salvation Army, David was approached by Minister Tanya Plibersek to act as a consultant to the newly formed Commonwealth Homelessness Advisory Committee.

In 2009 David was awarded an AM (Member of the Order of Australia) for his contribution and service to developing policy and programs for young people and people who are homeless and unemployed.  David has been a Board Member of the Enterprise and Career Education Foundation for Young Australians.